The #1 non-invasive fat reduction treatment can now be used to treat submental fullness. The process requires no needles, surgery, or downtime.

Double Chin CoolSculpting Before and After Photos

Double chin CoolSculpting uses a patented device to draw the skin and underlying fat into a cup, chilling the area for roughly an hour and killing its fat cells. Once those fat cells are dead, they’re gone forever.

You can now eliminate your double chin with this non-surgical treatment. It’s the only FDA-cleared non-invasive procedure that can help you conquer your submental fullness once and for all.

Coolsculpting can also be used to effectively treat the abdomen, waist, inner and outer thighs, and arms. We also have other effective treatments for your double chin.

Have you ever looked at a picture of yourself and grown concerned about some excess fat located under your chin? If so, you're not alone. Many Americans want to get rid of such submental fullness, also known as a double chin.

Fat in that area of the body is notoriously difficult to naturally eliminate, even with a healthy diet and lifestyle. Fortunately, there are multiple fat reduction treatment options for reducing double chin fat, including liposuction, Kybella, and CoolSculpting. You may have heard of liposuction--it’s a surgical treatment that suctions excess fat out of stubborn areas. 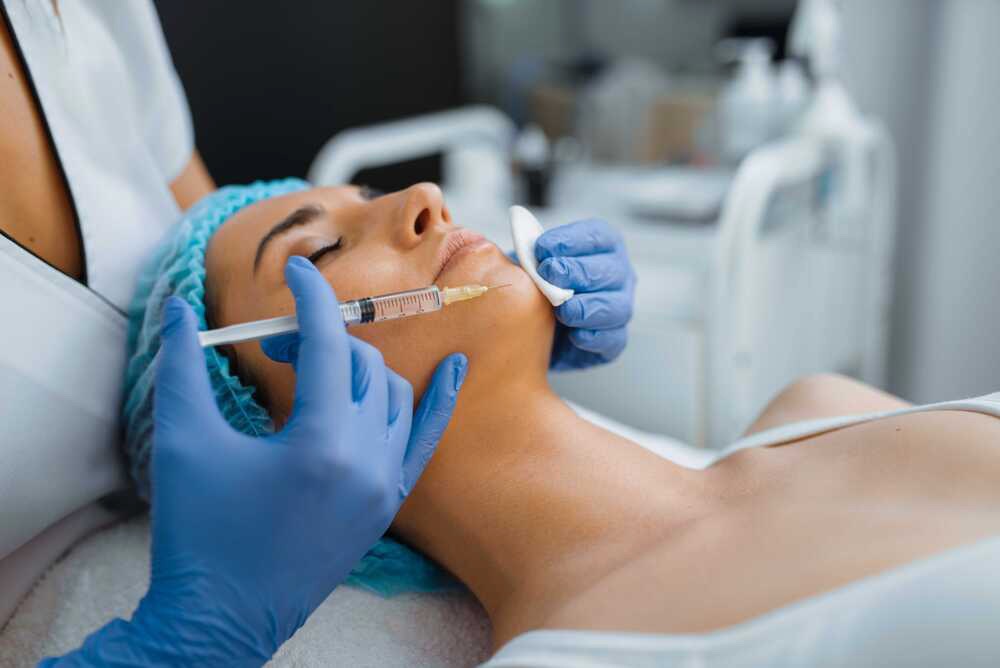 If you don't want to resort to cosmetic surgery, a procedure like CoolSculpting may be a better option for you. It’s a non-surgical, minimally-invasive treatment that can help improve the appearance of a double chin.

What exactly is CoolSculpting? Is it safe, and are there any risks or side effects? How much does it cost? If you’re interested in eliminating excess fat from your chin and neck, keep reading for more information about this innovative technology.

CoolSculpting is a patented technique for reducing fat in targeted areas, specifically the chin and neck. It uses a process called cryolipolysis to freeze and destroy excess fat cells. Fat cells freeze at 39°F--a higher temperature than skin and muscle tissue--so freezing fat is easier and doesn't pose any risk of serious side effects.


How Does CoolSculpting for Double Chin Work?

A specially-designed CoolSculpting device is placed on your chin and held in place with a strap over your head. Suction helps hold the device in place on the area where you want to eliminate excess fat. The device then cools the area to freeze the fat cells, which will die before being metabolized by your body.

First, a treatment specialist will get the CoolSculpting device set up and place it on your chin and around your head. The procedure is non-invasive and doesn’t require any preparation or anesthetic. Once the CoolSculpting applicator is in place and begins cooling, you can relax for the rest of the procedure.

The treatment may be slightly uncomfortable at first as the cooling begins, but the area will eventually become numb from the cold, so you shouldn't feel much pain or discomfort. At most, you may experience some pulling or pinching sensations.

The procedure should take about 35-45 minutes. Once it is complete, the treatment specialist will massage the cooled areas to help break up the deep tissue that was frozen.

Zeltiq has developed a specialized handpiece to treat the chin area. To take advantage of the procedure, first schedule a consultation with a Bella Medspa Coolsculpting technician to determine if it’s right for you. If it is, a customized treatment plan is then created based on your goals. Finally, during the procedure, a small handpiece is placed on your chin for about one hour to freeze the fat in the treatment area.

When the heat is removed and the temperature of the fat cells drops, the cells begin to die. Fat cells die at a higher temperature than other tissue, allowing the treatment target the appropriate cells. Zeltiq has developed a procedure that freezes fat cells to treat specific, localized areas of your body.

Once the fat cells are dead, your body will naturally eliminate them. You’ll start to see results over the course of the following three weeks, and you’ll notice the final results within three months as your body disposes of the unwanted fat.

The CoolSculpting procedure has been in use since 2010 for the abdomen, waist, inner and outer thighs, and arms. In 2015, Zeltiq introduced this new application to treat double chins.

The double chin Coolsculpting procedure is a safe and effective method for removing stubborn submental fat.

The cost of CoolSculpting treatments can vary depending on your location, the size of the treatment area, the fat-freezing applicator used, and your desired outcome.

Multiple treatments may be necessary for you to achieve your desired fat removal results. Your dermatology provider can offer more information about the cost of the CoolSculpting treatments available to you.

Another non-invasive treatment for reducing stubborn fat in the chin and neck area is Kybella. But what are the similarities and differences between the non-invasive procedures known as CoolSculpting and Kybella?

Both CoolSculpting and Kybella are minimally-invasive, non-surgical options for treating the appearance of a double chin. They both target fat cells and permanently destroy them. They also both require multiple treatment sessions to achieve your desired results.

While CoolSculpting uses a cooling device to freeze fat cells, Kybella is a keoxycholic acid that is injected with a small needle. Keoxycholic acid is a form of deoxycholic acid, which is a natural chemical found in your body that breaks down fat cells.

When Kybella is injected, the keoxycholic acid bonds with unwanted fat cells to break down the fatty membrane and destroy it. Kybella treatments can take about 10-25 minutes depending on the size of the treatment area and how many vials are used.

The costs, number of treatments, and side effects for both treatment types can vary. But on average, CoolSculpting costs less and requires fewer treatments compared to Kybella.

With Kybella, you can expect anywhere from two to six treatments with an average cost of $2,175 per treatment. Side effects from Kybella include bruising, swelling, and pain at the injection sites, though these symptoms usually subside within a few days to a few weeks.

CoolSculpting permanently destroys the fat cells that it targets. It can reduce neck and chin fat by up to 20%-25% with a single CoolSculpting treatment. This makes it one of the most effective techniques available today for improving the appearance of a double chin.

Is CoolSculpting for the chin safe?

CoolSculpting has been FDA-approved since 2012. Since fat cells freeze at a higher temperature than skin and muscle cells, there is no risk of permanent damage to your other tissue during the procedure.

There are some instances where CoolSculpting is not a good solution to your body sculpting needs. For example, if you have a condition like cryoglobulinemia, cold agglutinin disease, or paroxysmal cold hemoglobinuria that makes you sensitive to the cold, CoolSculpting may not be an appropriate treatment for you.

Since CoolSculpting involves no anesthetic or surgery, there’s virtually no downtime involved. You can return to your normal, day-to-day activities immediately after undergoing double chin treatment.

You may experience numbness, tingling, or stinging around the chin area during or immediately after the procedure. Since your body will metabolize and destroy fat cells for several weeks after the cosmetic procedure, you may also experience tingling, swelling, aching, and/or tenderness around the treatment area in the days or weeks following the procedure.

How long does it take to see results?

You may start to see your results in as little as four weeks, but it will probably take anywhere from 8 to 12 weeks for your body to break down and metabolize all the fat cells that were frozen during your CoolSculpting procedure. Over the course of that period, you should see your chin bulges or neck fat shrink and your jawline become more defined.

How many treatments will I need?

A single body contouring treatment may be enough for you. But in all likelihood, you will need at least two double chin reduction treatments to achieve your desired results. It’s important to be patient after a CoolSculpting treatment since it will take several weeks to see the full results of the procedure.

*American Society for Dermatologic Surgery Customer Survey on Dermatologic Procedures (N=7,315); exact survey language was: "How bothered are you by excess fat under the chin/neck?"